It looks like the presumed “RTX 3070Ti” is not the only new SKU that Nvidia is working on. It seems a new SKU between the RTX 3080 and the flagship RTX 3090 is also reportedly in the works.

If Nvidia chooses to equip it with 24GB of GDDR6X, this SKU would surely be too similar to the RTX 3090, with the only relevant difference being the inferior number of CUDA cores (512 less). With 12GB and 9984 CUDA cores, or 2GB and 1280 CUDA cores more than the RTX 3080, this supposed “RTX 3080Ti” would differentiate itself enough from the rest of the RTX 30 series line-up.

As we’ve said before, Nvidia might be rearranging their graphics cards line-up to better compete with the upcoming Radeon RX 6000 series. If the “RTX 3070Ti” and the “RTX 3080Ti” actually launch, Nvidia would have four graphics cards based on the GA102 GPU, without taking into account any possible upcoming mobile graphics cards. With the stock of the RTX 3080 and RTX 3090 being as bad as it is, manufacturing two more graphics card using the exact same GPU might strain the production lines even further.

KitGuru says: How does this “RTX 3080Ti” look to you? Would it be worth considering for those looking for a new graphics card?

The post A new SKU between the RTX 3080 and 3090 is allegedly in the works first appeared on KitGuru. 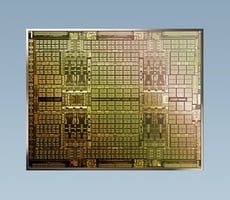