AMD’s new Zen 3 processors are finally upon us and they bring to the market a brand-new architecture that is touted as an impressive 19% IPC improvement over a single generational upgrade. We examine AMD’s new 12-core Ryzen 9 5900X processor that is designed to replace the popular Ryzen 9 3900X from Zen 2. Can Zen 3 offer up the same balance of performance that we saw from Zen 2 whilst also closing the important gaming gap to Intel?

AMD’s chosen process node is still TSMC 7nm but it is the tweaked design logic as applied with the frequency enhanced Ryzen 3000XT chips launched in July 2020. That should help reach and sustain higher boost clocks versus original Zen 2 Ryzen 3000X chips.

A pair of the new Zen 3 CCXs are deployed in the Ryzen 9 5900X to make up the 12-core total. This means that the cores have access to 64MB of L3 cache split across the two CCXs in CCD chiplet form, and you get the same 0.5MB of L2 cache per core as we saw with Zen 2.

In terms of other connectivity, AM4 platform support, physical CPU packaging, memory compatibility and everything else, it all stays that same as with Zen 2. That’s because AMD is using the same 12nm IO die used on Zen 2. The chiplet approach that Zen is built around allows AMD to simply plug-and-play the new Zen 3 chiplets with the ‘old’ Zen 2 IO die.

The discrete IO die and core chiplet approach really does continue to look like a stroke of genius from AMD.

With the same IO die used, we get the same generic connectivity. Most notably, you get 16 4 4 PCIe Gen 4 lanes, with four of those reserved for communication between the chipset and CPU. On-chip USB and SATA connectivity are the same, so check back to our previous content if you’ve forgotten what’s on offer.

And you also get the same support for dual-channel DDR4 memory with 3600MHz continuing to be the hassle-free sweet spot. The same memory rules as Zen 2 apply though – the memory controller and Infinity Fabric clock will run in the optimal 1:1 mode up to DDR4-3600MHz – a 1800MHz IF clock. Higher than 1800MHz Fabric clock will necessitate manual overclocking.

AMD does, however, highlight that 2000MHz Infinity Fabric clock is likely to be better achievable via overclocking, thus bringing the relevance of 4000MHz DIMMs into play.

In case it wasn’t obvious, you’ll need an AM4 motherboard for use with Ryzen 5000. X570 and B550 motherboard owners can update the BIOS and drop in the new chip underneath their same old cooler. Older 400-series motherboard compatibility is likely to come in future BIOS updates.

Let’s have a closer look at the Zen 3 architecture and the similarities and differences to Zen 2. 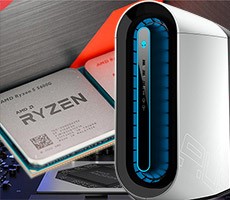 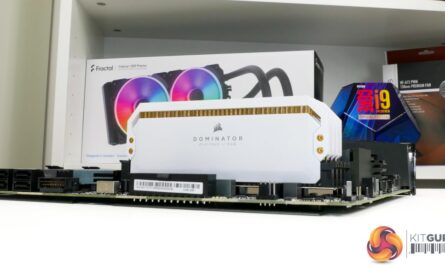