For a while now, there has been talk of Microsoft holding a gaming-oriented event in March. Now, we finally have some more details, with an Xbox-focused event reportedly happening on the 26th of March.

Initially, Microsoft expert, Paul Thurrott, tweeted that we should expect Xbox and Windows focused events from Microsoft starting in March. Now, according to sources speaking with Windows Central, we know that the Xbox/gaming event will be taking place on the 26th of March.

To temper expectations, insiders are indicating that this won’t be a major event with lots of new game reveals. However, it is possible that a few new projects are announced.

The fact that Microsoft’s acquisition of Bethesda has gone through means that there are a ton of new projects to get Xbox fans excited about, so Microsoft may choose to start capitalising on its recent purchase early. Of course, the biggest news will still be coming over the Summer, as the Xbox team has confirmed plans for a Summer event with heavy involvement from Bethesda.

KitGuru Says: In my opinion, we’re more likely to hear about platform feature updates and improvements this month, with the biggest game reveals being saved for June. Hopefully when that time comes, we’ll finally see Starfield in action.

The post Another Xbox event coming this month, may include a big game reveal first appeared on KitGuru. 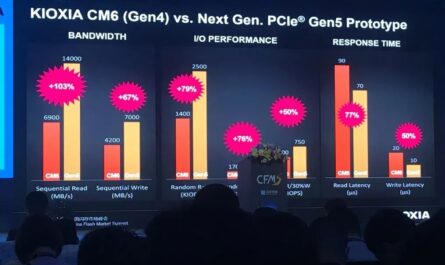 SteelSeries Rival 5 aims to be ‘the chameleon of mice’