Since launching the Apple M1 processor last year, many rumours have surfaced about what’s next. While we expected an upgraded ‘M1X’ chip at some point later this year, it turns out Apple was actually working on two new SoCs – the M1 Pro and the M1 Max, bringing up to a 70 percent boost in CPU performance.

The M1 Pro packs a 10-core CPU (8x high performance and 2x high efficiency) built on the 5nm node, delivering 1.7x more performance than an 8-core PC laptop processor at the same power level, while also reaching the PC chip’s peak performance using up to 70% less power. Alongside the CPU, there’s a 16-core GPU and 32GB of unified memory (RAM VRAM) with a maximum memory bandwidth of 200GB/s.

The M1 Max goes a step further by packing the same 10-core CPU as the M1 Pro but using a 32-core GPU and 64GB of unified memory with a maximum bandwidth of 400GB/s. According to Apple, this GPU will offer similar performance to a high-end GPU in a compact pro PC laptop while consuming up to 40% less power. Comparing it to flagship GPUs for PC laptops, the M1 Max’s GPU will consume up to 100W less while offering a similar performance level.

KitGuru says: Are you eager to see real-world benchmarks of the new Apple chips? How do you think they will fare against the competition?

The post Apple’s new M1 Pro and M1 Max processors are up to 70% faster first appeared on KitGuru. 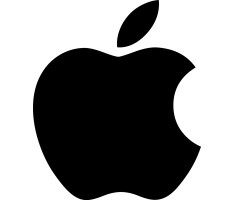 Epic Games finally admits Fortnite Imposters was inspired by Among Us