Each week, Epic Games offers players a number of free titles via its Epic Games Store. For October, the storefront has been gifting players with horror and Halloween adjacent titles. For the final week of the month, players can get their hands on the first-person psychological thriller Blair Witch, as well as the remaster of the classic Ghostbusters: The Video Game.

Blair Witch is the latest title from the horror aficionados Bloober Team. Inspired by the classic horror film, Blair Witch sees you play as “Ellis, a former police officer with a troubled past” who goes searching for a young boy who “disappears in the Black Hills Forest near Burkittsville, Maryland”. Players will experience “an endless nightmare as you confront your fears and the Blair Witch, a mysterious force that haunts the woods.”

Ghostbusters: The Video Game Remastered is (unsurpsingly) a remaster of the classic and much loved 2009 action-adventure game. The game received a positive reception from both critics and fans alike upon its original release. Though the remaster was handled by Saber Interactive, many agree that more could have been done to polish it up for modern systems. Still, Ghostbusters: The Video Game Remastered is very much the same game from 2009, which was enjoyed by many. For fans of the franchise, the game is definitely worth playing.

Both Blair Witch and Ghostbusters: The Video Game Remastered are available to download for free from now until the 5th of November.

KitGuru says: what do you think of this line-up? Do you enjoy scary games? How are you celebrating Halloween? Let us know down below.

The post Blair Witch and Ghostbusters are free on the Epic Games Store first appeared on KitGuru.

Rumour: Bully 2 was in development but shelved to focus on the next Grand Theft Auto 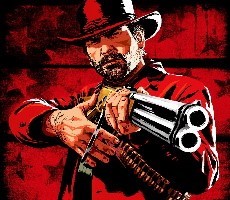