In a surprise announcement, Blizzard today has announced that World of Warcraft now runs natively on Apple Silicon. The announcement comes just in time for the launch of Apple’s latest MacBooks, all powered by the Apple M1 SoC.

This is very notable, as it means WoW can run on ARM64 based chips, which opens the door for the game to be played on a much wider range of devices.

Of course, Blizzard doesn’t shy away from the potential of issues, saying: “While our testing has been successful, we’re highly aware of the nature of day one support with updates like this.”

The Apple M1 SoC has an eight-core CPU and a GPU that is reportedly on par with a GTX 1050Ti. With that in mind, it should be quite capable of running the game at low settings.

KitGuru Says: A lot of traditional games could be lost on Mac during the transition from Intel to ARM. Fortunately, WoW won’t be one of them. 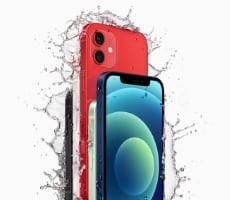