One of the most impassioned video game fan bases is that of the Soulsborne series. This is doubly the case for Bloodborne, which only received one release, with no performance patches or remasters for PS5. Those who are hoping for that Bloodborne kick may be able to go to Team Ninja’s games, as it has now been announced that Bloodborne’s Producer has joined the studio.

Shuhei Yoshida, the Head of Independent Developer Initiative and overall PlayStation veteran recently took to twitter to share his most recent run-in with Masaaki Yamagiwa, the producer for 2015’s Bloodborne, saying “A fun evening with Team Ninja’s Yasuda-san and [Masaaki Yamagiwa], who joined Team Ninja.”

Team Ninja is known most famously for developing the Nioh franchise, a series of games which fall very closely to FromSoftware’s efforts. While not as highly regarded as FromSoft’s entries, the Nioh series cemented itself as the best soulsborne-like games.

With Masaaki Yamagiwa now joining the team, it is safe to assume that their next game will be even more elevated, perhaps being able to capture a whole new magic (as Bloodborne managed to do back in 2015).

Whatever Masaaki Yamagiwa makes next, it is possible that it won’t be Nioh 3, as Team Ninja has already confirmed that the next game developed will most likely be a whole new IP. If Masaaki Yamagiwa serves as producer, this will allow him even more freedom to experiment and come up with something new and brilliant. We will have to wait and see.

KitGuru says: What do you think of this move? What do you want to see next from Team Ninja? What is your favourite Soulsborne game? Let us know down below. 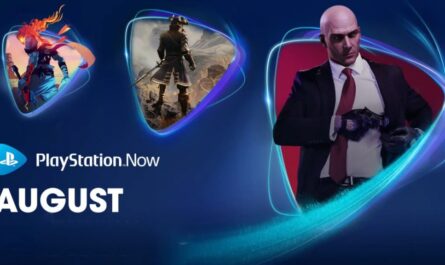 Google Stadia runs on iOS thanks to new browser app