Unveiling five new gaming monitors, we got our first look at the ROG Swift PQ32UQ earlier in this week. This is a 32in 4K screen with HDMI 2.1. It uses an IPS panel with 144Hz refresh rate and 1ms MRPT, with a claimed 98% DCI-P3 gamut coverage. There’s also VESA DisplayHDR 600 certification, ELMB (Extreme Low Motion Blur) Sync as well as ASUS’ Variable Overdrive tech built-in.

Next is the ROG Strix XG43UQ. As the model name implies, it sports a 43in panel, 4K resolution and 144Hz refresh rate. This could be a great option for the latest consoles from Sony and Microsoft given its size and the fact it also supports HDMI 2.1. There’s also DisplayHDR 1000 certification, for a proper HDR experience, as well as a claimed 90& DCI-P3 gamut coverage. ELMB Sync, plus display stream compression, are also supported.

Stepping away from ROG for now, ASUS debuted the TUF Gaming VG28UQL1A. This is a smaller 28in screen, but still retains a 4K resolution, 144Hz refresh rate, and yep – you guessed it! – HDMI 2.1 support. Just like the other 4K panels shown above, ELMB Sync and Variable Overdrive are supported, but there’s only DisplayHDR 400 certification – potentially one of the reasons this is a ‘TUF’ rather than ‘ROG’ product. The IPS panel offers 125% sRGB coverage and 90% DCI-P3 coverage according to ASUS.

For those not looking to drive 4K screens at high refresh-rates, the ROG Swift PG279QM could appeal. This is a 27in 1440p display – considered the ‘sweet spot’ by many – and boasts a 240Hz IPS panel with a claimed 1ms G2G response time. Native G-Sync support is also present, along with Nvidia’s Reflex Latency Analyzer (RLA) baked in. There’s integrated AURA RGB lighting, DisplayHDR 400 certification and a claimed 95% DCI-P3 gamut coverage. ASUS’ GamePlus and GameVisual software is also present.

Lastly, we come to something a bit different. The ROG Strix XG16AHP-W is a portable screen, with a 15.6in IPS panel and 1080p FHD resolution. Impressively, it is still rocking a 144Hz refresh rate as well as adaptive sync. ASUS claims you can get up to three hours of 144Hz gaming from the 7800mAh battery, while an hour of charge is expected to provide up to two hours of use. Being portable, the use of USB-C makes perfect sense, while it even comes with a tripod to act as a basic stand.

KitGuru says: I am quite intrigued by the idea of 144Hz gaming on the go, but what monitor has caught your eye? 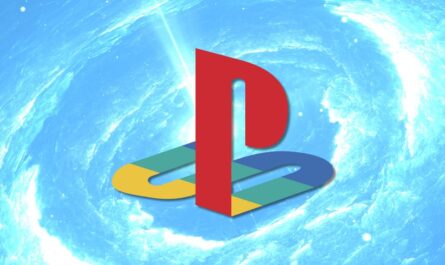 PlayStation has best Quarter ever, as 3/4 game sales are digital