When Marvel’s Avengers launched last month, the release came with a respectable amount of fanfare. Most who played the games as a service title enjoyed the feeling of the various Marvel characters. That being said, after hitting the endgame, many appeared to get tired of the gameplay loop, leading to playercounts dwindling. Crystal Dynamics has now commented on the current state of the game, saying “We are listening. We are making fixes, improvements, and additions as fast as we safely can to make Marvel’s Avengers the game we all aspire it to be.”

In a statement to Kotaku, Crystal Dynamics’ studio head Scot Atmos said: “To our players: every day we fight to make the best game possible for our community. We have a great community management team at Crystal Dynamics and Square Enix who funnel all of your concerns, suggestions, and feedback to the development team daily. We are listening. We are making fixes, improvements, and additions as fast as we safely can to make Marvel’s Avengers the game we all aspire it to be.”

In the near future, Marvel’s Avengers will be adding “a totally new War Zone mission type called Tachyon Rifts, a new Outpost that’s a jumping off point for new story missions in the future, and AIM’s Cloning Lab, which requires a coordinated high-level group of four players to beat with new top-end loot rewards for finishing it.”

With the game’s more long-term plans, “we’ve announced two new Heroes coming in the near future: Kate Bishop in Operation: Taking AIM, and after that the double-feature Operation starring Clint Barton… This is the “two Hawkeyes” we mentioned in the last War Table. These new Operations pick up right from where the main Reassemble campaign ended in the core game and will propel the overall world story forward with new mysteries and villains, as well as new multi-player content.”

In direct response to the rapidly falling player base, Atoms said: “We are confident that we’ll see PC players (as well as those on Xbox One and PlayStation 4) return to the game as we add exciting new late-game content and demonstrate that we continue to be focused on improving the game.”

While the concept of a multiplayer Avengers game which sees new heroes being added regularly sounds exciting, it’s a shame that the current state of the game does not live up to these expectations. Hopefully over time this concept comes to be fully realised. Scot Atmos’ full statement can be read HERE.

KitGuru says: What did you think of Avengers? Are you bored of the game? What needs to be changed/added in your opinion? Let us know down below.

Destiny 2 will be 120fps in PvP on next-gen consoles 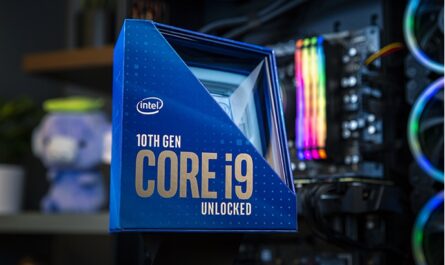 Could Intel be on the verge of releasing a cheaper 10th gen Core i9?