With Cyberpunk 2077 now out in the wild, CD Projekt Red is opening up to the idea of discussing what’s next. In a secret message found in the game’s launch trailer, the studio confirms that free DLC drops will begin in early 2021.

The message is hidden in a single frame towards the end of the trailer, but it confirms that additional content isn’t far off. Of course, there is some patch work that needs to be done on the game first before adding in extras, which is why the free DLC rollout is kicking off a little later than it did for The Witcher 3: Wild Hunt.

The hidden message also teases Cyberpunk 2077’s paid expansions, which won’t be coming in early 2021, but at least one should land next year. That part of the message reads:

“We’ve mentioned before that expansions will be coming, and while we’re not ready to talk specifics just yet, we will say that we’ve learned a lot from our work on both Hearts of Stone & Blood and Wine. Our planned expansions will take you even deeper into the world of Cyberpunk 2077, offering substantial, story-driven content that’ll give you tough choices to make through impactful narratives that you won’t soon forget”.

Cyberpunk 2077 launches today, December 10th for PC, Xbox One, Xbox Series X/S, PS4, PS5 and Stadia. So far, well over a million people have started playing the game and CD Projekt Red has set itself a new record with 8 million pre-order customers.

KitGuru Says: Launch is just the beginning, there is still plenty more Cyberpunk 2077 content still to come. Have many of you started playing this yet? How are you finding it so far? 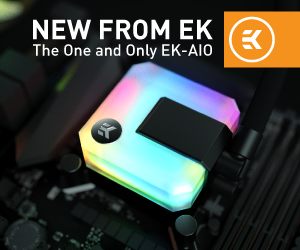