A new addition to the Deepcool Macube series brings a budget micro-ATX form factor chassis to the table. The new Deepcool Macube 110 retains some of the characteristics from previous Macube cases such as the closed, airflow restrictive front panel, tool-free tempered glass side panel removal and the ultra-handy and brilliant built-in VGA support bracket that helps reduce GPU sag. But can this new case live up to its predecessors? Let’s find out.

Deepcool Macube 110 is the latest addition to the Macube series, but unlike the other ATX form factor cases already in the range, this Macube 110 is a dinky micro-ATX case that supports mATX and mini-ITX motherboards only. To say it’s dinky isn’t completely accurate, there are many compact mid-Tower ATX cases on the market these days that are not much (if any) bigger than the Macube 110, and they also support a wider range of motherboard form factors.

So, is micro-ATX a dead form factor? Deepcool doesn’t seem to think so and In a way, I kind of agree. The micro-ATX form factor could be the ideal platform for high spec gaming builds these days since the use of dual graphics cards isn’t a thing for gamers any more, thus reducing the size that a motherboard needs to be, micro-ATX seems ideal. The main problem is that micro-ATX cases don’t seem to save much real estate compared with these new compact mid-Tower cases, which is why micro-ATX seems to be falling out of favour recently.

However, motherboard manufacturers keep on making mATX motherboards so there is a market for these micro-ATX cases. The Deepcool Macube 110 could be a tempting proposition for anyone currently in the market for a micro-ATX case, as it is priced extremely competitive at just under £40. You can pick this case up now in either black or white colour schemes, it has a very sleek and clean looking front panel, one 120mm fan pre-installed, tempered glass and decent hardware support, sounds like a bargain then.

The process of Installing a system inside the Deepcool Macube 110 is ok, but it isn’t perfect. There are just a few minor niggles that are a little annoying and slightly increase the time it takes to complete the build. We managed to squeeze in a 280mm AIO in the roof of the case, it is very tight but it does fit. However, with a top-mounted 280mm AIO fitted, it makes connecting or routing the EPS power cable impossible, so make sure you connect the EPS cable before screwing the top radiator in position.

One other thing worth noting about this case is that when all the side panels are removed there are some very sharp corners protruding from the chassis, I almost got stabbed in the arm a couple of times, so beware. The folded parts of the mortarboard tray with cable tie eyelets are also quite sharp, so be careful not to run cables over them and trap the cables. This could potentially be a hazard if the metal digs into the cable and causes a short.

Other than these minor issues, the build went quite well, there is plenty of space inside the main motherboard compartment, being able to install a 280mm AIO in the front and roof of a micro-ATX case is a bonus and all mounting holes lined up very well with the components. Overall the final build looked very neat indeed, cable management around the right side finished off looking tidy too.

As with every KitGuru case review, thermal performance is important, therefore we shall measure this by running a series of tests to record CPU and GPU temperatures under load.

To simulate thermal demand we run the Aida64 CPU, FPU, Cache and GPU stress test for 30 minutes with the case in various configurations. This should give the system enough time to reach its constant steady-state temperature. With this data, we can compare how each scenario affects thermal performance.

We will compare the system’s thermal capabilities with a liquid-cooled solution for the CPU, using a Deepcool Castle 280EX and the graphics card stock cooling solution.

During thermal performance testing, only stock case fans will be used unless otherwise specified. All fans and pumps (where applicable) will be set to their standard fan curve profile as controlled by the motherboard.

Our case testing involves comparing the acoustic performance of the case in several configurations with an all-in-one liquid CPU cooler installed.

These tests will include measuring sound levels with our sound meter from approximately 300mm from the front of the case, under 100% CPU and GPU load.

Load noise levels will be measured by running AIDA64 stressing CPU, FPU, cache and GPU for 30 minutes which give the system enough time to reach its constant steady-state temperature.

CPU and case fan profiles will be set to their standard operating profile in the motherboard BIOS and GPU fans are set to their default fan curve. The CPU cooler used in acoustic testing will be Deepcool Castle 280EX.

The ambient noise level (noise floor) in our test room is measured at 33.1 dBA.

The following configurations will be used to test the effect they have on thermal and acoustic performance:

The thermal performance of the Deepcool Macube 110 isn’t too bad considering the airflow restrictive nature of the closed front panel. The 15mm vents on either side of the front panel do offer some degree of airflow. However, removing the front panel does reduce the CPU temperature slightly, this is why I would like to see an airflow version of this case or an alternative high airflow front panel.

In terms of the noise levels, this is where the closed front panel design comes into its own. With the front panel installed, noise output is reduced compared with the front panel removed, so a high airflow open front panel would no doubt result in system noise being more noticeable. However, choosing the right fans and creating custom fan curves can keep noise to a minimum in any case.

Taken as a whole, the Deepcool Macube 110 isn’t a bad PC case, especially when you take the cost into account. Priced at just a touch under £40 with tempered glass, a 120mm fan pre-installed and reasonably solid build quality, it makes you wonder just how these manufacturers do it for the price. It is amazing to think that you can get all this for under £40, budget cases of the past used to be complete trash, that just isn’t the case any more (no pun intended).

It’s not all perfect though, the Macube 110 does have some annoying little issues when it comes to system installation, which adds a few more minutes to the build process. The sharp edges on the case need to be looked at as they could cause a minor injury if you are not careful and the folded parts of the motherboard tray could do with being protected by a rubber or something.

Other than these minor issues, Building a system inside the Macube 110 was an overall good experience, being able to install a 280mm AIO in the front and top of the case (albeit quite tight) is a bonus, even though it does interfere with the motherboard EPS cable a little, which isn’t uncommon with micro-ATX. Space for three 120mm front fans should help a little with airflow through the restrictive front panel too.

The case has a very understated and sleek looking appearance which I like, however, the front panel is a trade-off between clean looks and airflow, with airflow losing out. Although I am fond of the appearance of this case, I would like to see maybe an airflow version or an alternative vented or mesh high airflow front panel for users who intend on installing high spec components that will produce a lot of heat. This would mean that everyone’s taste is catered for.

The main problem I have with this case is more to do with the micro-ATX form factor. To me, it seems a little pointless to have this smaller mATX motherboard form factor when compact mid-tower cases that support full-size ATX motherboards are available. I recently reviewed the Cougar MX410 Mesh-G RGB case which is only 20mm taller than the Macube 110, about the same width and depth but supports ATX motherboards.

A case like the MX410 Mesh-G RGB seems like a better option to me, as it gives the user even more choice in motherboards, it comes with four RGB fans and offers similar specifications in terms of CPU cooler, radiator and graphics card support as the micro-ATX Macube 110. I would like to see the dimensions of micro-ATX cases slimmed down a little more to make them more relevant and be a better fit in the gap between mid-tower ATX and mini-ITX chassis.

But if you are a fan of micro-ATX thinking of building a new system soon or you are looking for a new case to upgrade your current micro-ATX chassis, the Deepcool Macube 110 will be a good choice as it offers impressive component support, it looks great, build quality is fine and it is exceptional value for money.

KitGuru says: Deepcool’s addition to the Macube series provides a new micro-ATX case to the market with stylish looks and decent build quality. What do you guys think of this case? Is the micro-ATX form factor still relevant these days since the introduction of compact ATX chassis? 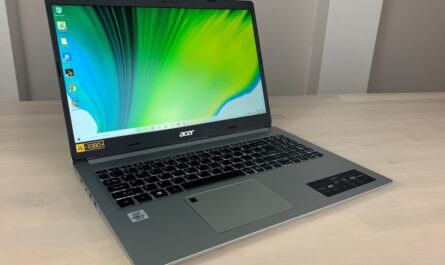