This month, EA released Star Wars: Squadrons, something of an apology title for messing up Battlefront II back in 2017. This is a game with no microtransactions or live service elements. Instead, it is a nice, £35 package for fans that just want to enjoy some space combat. As it stands, there aren’t any plans for DLC for the game either.

EA has been slowly trying to rebuild its reputation amongst Star Wars fans over the last couple of years. In 2019, the publisher took a big step in the right direction with Star Wars Jedi: Fallen order and this year, that continues with Star Wars: Squadrons. Unfortunately in this case, Squadrons is a multiplayer game and enthusiast players may be keen to get some post-release content after all.

Speaking with UploadVR this week, Squadrons Creative Director, Ian Frazier explained why there are no plans for additional content: “Never say never, so to speak, but as far as our philosophy goes we’re not trying to treat the game as a live service. We don’t want to say, ‘It’s almost done!’ and then dribble out more of it over time, which to be honest is how most games work these days. So we’ve tried to treat it in kind of an old-school approach saying, ‘You’ve paid the $40, this is the game and it’s entirely self-contained. We’re not planning to add more content, this is the game, and we hope you understand the value proposition.”

However, as Eurogamer points out, there are fans on forums like Reddit talking about how DLC would be a good move for this game. Perhaps EA may want to reconsider its post-launch plans for this and start thinking about some new maps or modes.

KitGuru Says: Squadrons is a solid little game. It isn’t the most ambitious Star Wars game ever, but the campaign is fun and the space combat/flight controls are in-depth, particularly if you have a flight stick and throttle. Have many of you played this since launch? Would you like to see new maps or modes down the line for multiplayer?

The post EA has ‘no plans’ for Star Wars: Squadrons DLC first appeared on KitGuru. 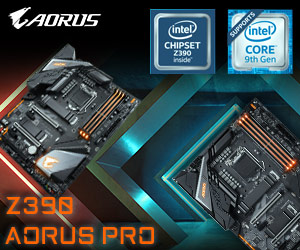