The Valve Index first launched in June 2019 and ever since then, it has been in high demand. That demand only grew in 2020 with the release of Half-Life Alyx, which is said to be the best single-player VR game made to date. Unfortunately, supply has not been able to keep up, with lengthy back-order lists still in place for the Index kit – a subject that Gabe Newell touched on in an interview this week.

Speaking with 1 News in New Zealand, Gabe Newell was asked about the Valve Index and its on-going supply/demand issue. Unfortunately, big launches coupled with the pandemic from other tech companies set Valve’s manufacturing back a bit.

Speaking on the issue, Newell explained that part of it is due to reliance on very specific components: “We actually have components that are manufactured in Wuhan and when you’re setting up your manufacturing lines it doesn’t occur to you that you’re suddenly going to be dependent on this peculiar transistor that’s sitting on one board that you can’t get”.

Then in 2020, as huge launches from the likes of Apple and Microsoft grew closer, huge amounts of supply were bought up by these bigger companies looking to ensure consistent supply: “Everybody ended up running into the same problem simultaneously — you go from, ‘Oh, we’re in great shape,’ to, ‘What do you mean Apple or Microsoft just bought the next two years’ supply of this just so they could make sure they aren’t going to run out?’ You went from a situation where everything was getting done just in time to people buying up all the available supplies.”

This is an issue that many tech companies have run into over the last year. Despite buying up huge amounts of supply, companies like Sony, Microsoft, Nvidia, AMD and others are struggling to manufacture enough consoles, graphics cards and other products to meet demand. Valve is in the same boat, as the company is still struggling to get everything it needs to meet demand for the Valve Index full kit.

KitGuru Says: Have many of you been waiting to get your hands on a Valve Index? Are you still waiting, or did you opt to pick up a different VR headset instead? 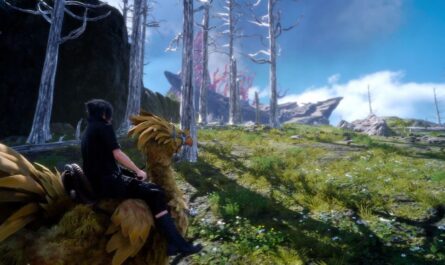 Naughty Dog teases “all-new content” for Last of Us Day