It is time for another GeForce Game Ready driver update. This time around, Nvidia is introducing RTX support for three titles – Lego Builder’s Journey, DOOM Eternal and Rust. The driver also enables DLSS in Vulkan games using Proton to play on Linux-based systems.

Starting off with our RTX games, Lego Builder’s Journey is launching on PC today with ray-traced ambient occlusion, global illumination, reflections and shadows. To maintain high performance, DLSS is also included, which boosts frame rates by up to 92 percent in this particular title. This driver also lays the groundwork for RTX updates coming to DOOM Eternal and Rust. On the 29th of June, DOOM Eternal will get DLSS and ray-tracing and on the 1st of July, DLSS will officially come to Rust, enabling higher performance.

Earlier this month, we reported that Nvidia is working with Valve to get DLSS technology working on Linux via Steam Proton. Now with this driver update, DLSS is available in supported Vulkan API games on Linux using Proton and later this year, DirectX titles will also be supported, bringing a massive boost to game support on Linux.

KitGuru Says: I never thought we’d see a Lego game introducing cutting edge graphics technology but here we are. Let us know how you get on with the latest driver in the comments.

DOOM Eternal has made over $450 million in revenue 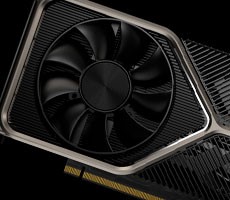