Sony recently announced the latest PlayStation exclusive making its way to PC: God of War. While a technical showpiece on PS4, the game is being pushed much further with this PC release, and the console manufacturer has now announced many of the improvements that PC players can look forward to.

God of War on PS4 Pro already looked and played great. The PS5 patch later allowed the game to run at 60fps, while maintaining the graphical quality of the PS4 Pro. The upcoming PC version, which is set to release on the 14th of January 2022, will go many steps beyond this.

Sony has so far confirmed that the game on PC will offer a native 4K resolution and fully unlocked framerates, allowing you to go far beyond 60fps. Furthermore, being a PC game, there will be a plethora of tweakable options, including “higher resolution shadows and improved screen space reflections to enhancements to the ambient occlusion pipeline with GTAO and SSDO.”

That is not all however, as God of war will be supporting Nvidia’s DLSS, allowing you to run the game at a much higher perceived resolution without negatively impacting performance. Other Nvidia technologies added include the company’s Reflex Low Latency, making the game feel more responsive than ever.

Last but certainly not least, the game will offer 21:9 ultrawide support, allowing you to experience the story of Kratos and Atreus in its more pure and cinematic form. Being one of PlayStation’s most prestigious games, it is a welcome surprise to see the company bringing the title to Steam and the Epic Games Store. PC players will soon be able to understand exactly what makes God of War so great.

KitGuru says: Are you excited for God of War on PC? What game do you want to see next? Which of the PC features are you looking forward to the most? Let us know down below. 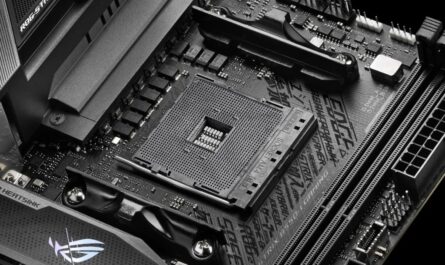