Sony has been slowly but surely updating many of its PS4 exclusive titles to offer some level of PS5 support. One of the most common methods is by updating the game to run at 60fps on the company’s latest console. Ahead of the sequel’s release in 2022, Horizon Zero Dawn has now been updated to run at 60fps on PS5.

Making the announcement on Twitter, Guerilla Games said “Surprise announcement we know you’ve been waiting for: the Enhanced Performance Patch for Horizon Zero Dawn on PlayStation 5 is live now!”

This patch unlocks the framerate for Horizon Zero Dawn, allowing PS5 players to experience the game in a checkerboarded 4K while also at 60fps. This news was released alongside the announcement of the delay for Forbidden West to 2022 – so at least fans of the franchise have something to enjoy in the meantime.

Surprise announcement we know you’ve been waiting for: the Enhanced Performance Patch for Horizon Zero Dawn on PlayStation 5 is live now!

Horizon Zero Dawn marks the latest in a long series of free upgrades for PS5 players. Other Sony first-party titles have included: The Last of Us Part II; Days gone; Ghost of Tsushima; God of War (2018) and Ratchet & Clank (2016).

It is worth noting that as with these titles, the patch did little more than to unlock the framerate, meaning that some of the upgrades seen with the PC version of Horizon Zero Dawn – such as the dynamic foliage – is not present with this update, begging the question as to whether a ‘Director’s Cut’ for the game is in the works. Regardless, a doubling of the frame rate is always welcome.

KitGuru says: what do you think of Sony’s approach to next-gen patches? Are you disappointed by the delay of Horizon Foirbidden West? Will you replay the game before its sequel’s release? Let us know down below. 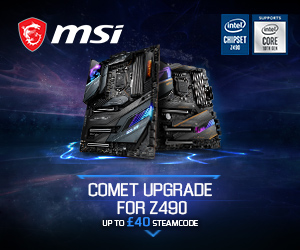