Intel is slowly beginning to confirm its discrete GPU plans for this year. We’ve been anticipating Intel Xe DG2 for quite some time and now, we have a much better idea of what to expect, thanks to new specification listings, promising up to 512 Execution Units (EUs).

The Intel repository website has been updated today to include details of Xe DG2. The main files are not accessible, but as Videocardz points out, some details are viewable without accessing the full file. Thanks to this apparent oversight, we know that Intel has a few Xe DG2 SKUs planned.

There are three main variants of the DG2, one with 512 EUs, one with 384 EUs and another with 128 EUs. Each execution unit houses 8 shading units, so the 512 EU GPU for instance would have 4096 shading units. We can also expect GDDR6 memory with speeds from 14Gbps to 18Gbps.

Other files reveal that laptop DG2 GPUs are also coming, with five SKUs planned for Intel’s Tiger Lake-H and Alder Lake-P platforms. One file also notes that some laptop GPUs will be available as a PCIe add-in card and not just soldered onto a motherboard.

KitGuru Says: While Intel has yet to have a big announcement event for Xe DG2, we now have a good idea as to what to expect in the coming months. Hopefully official details will be coming in the months to come. Are many of you interested in Intel’s upcoming Xe DG2 GPUs? Do you think they will compete well against the RTX 30 and RX 6000 series? 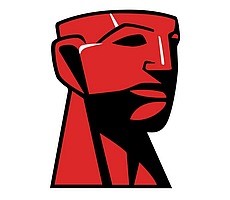