It looks like Intel seemingly forgot to release graphics drivers for its new 11th Gen Core “Rocket Lake-S” processors. The Intel UHD graphics 750 drivers and software page is currently empty, although there is a workaround for this using Windows Update.

The news was shared by AdoredTV, who noticed the lack of drivers after someone asked him for help installing them. When looking for drivers for the Intel UHD graphics 750, they were nowhere to be found on the “drivers and software”.

If you’re wondering how some press members reviewed the new iGPU, Intel shared a pre-release driver with them. This allowed reviewers to test and benchmark the UHD graphics 750.

For those waiting for the official launch of the driver, Lisa Pearce, the graphics software engineering director at Intel, posted on Twitter that it will be available in a “few weeks from now”. In the meantime, users can obtain a graphics driver for 11th Gen Core CPUs through Windows Update.

The UHD 750 iGPU found on some Rocket Lake processors is based on the Xe graphics architecture and uses the 14nm node. The iGPU has 32 execution units and a boost clock speed of 900MHz. .

KitGuru says: It is odd that there was a driver ready for reviewers but not for the public buying a Rocket Lake CPU at launch. Do any of you already have an 11th Gen Processor? Did you have to use Windows Update to get drivers for the iGPU? 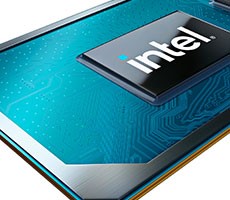