ASRock has listed multiple unannounced Xeon W-13xx processors on its Intel 1200-based CPU support list. As per the ASRock support page, these processors will be based on the Rocket Lake CPU architecture and feature a TDP of up to 125W.

Like all Rocket Lake processors, the Intel Xeon W-13xx workstation processors will make use of Cypress Cove core architecture. ASRock’s CPU list (via @KOMACHI_ENSAKA) only includes five W-13xx SKUs, from which two are 6-core and three are 8-core. The 6-core parts listed are the W-1350 and 1350P. As for the 8-core processors, the list includes Xeon W-1390, W-1390T, and W-1370. Similarly to other Intel processors, the W-13xx T-variants come with a 35W TDP. The three standard SKUs will feature an 80W TDP, while the W1350P-model comes with a 125W TDP.

KitGuru says: There are probably more variants of the Xeon W-13XX series beyond what is shown here. This list doesn’t include any variant of the W-1370, and the W-1350 and W-1390 should have a T and a P variant, respectively. Would you choose a Rocket Lake workstation processor over an AMD Ryzen Threadripper CPU? 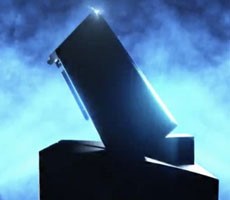