The Geekbench 5 database has received a new entry for an Intel Xe graphics card with 128 Execution Units (EU). Considering the number of EUs detected, it’s hard to believe that this is an iGPU based on the Xe-Graphics architecture, leading us to conclude that this is the entry-level Xe-HPG DG2 GPU.

Usually referred to as DG-128EU, the Geekbench 5 entry (via Leakbench) shows this GPU was mounted on a system using a 6C/12T Intel Core i5-11400T with a maximum clock frequency of 3.7GHz and 16GB of DDR4-2133 memory. Given these components, this GPU should be a desktop variant of the DG2-128EU, but it wouldn’t be that far-fetched to see an engineering sample of a mobile GPU being tested on a desktop platform.

As per the Geekbench 5 entry, the Intel GPU reached a maximum clock frequency of 2.2GHz, further suggesting that this wasn’t an integrated GPU. Additionally, rumours claimed that the mobile DG2 GPUs would boost at up to 1.8GHz, and considering that there are not many other mobile GPUs in the market reaching a 2.2GHz speed, it looks like we are indeed looking at a desktop DG2 card.

KitGuru says: It’s still too early to draw any performance conclusions, but we should see more benchmark data in the months to come.

The post Intel Xe-HPG with 128EUs shows up on Geekbench 5 with a 2.2GHz clock frequency first appeared on KitGuru. 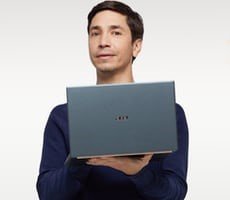