Intel confirmed that its first 7nm client processor architecture will be named “Meteor Lake”. Intel has seemingly solved the issues it had with its 7nm process node, allowing it to tape in Meteor Lake by the end of Q2 2021 and release the first processors in 2023.

The news came during the “Intel Unleashed: Engineering the Future” event, hosted by CEO Pat Gelsinger himself. The upcoming x86 architecture will be based on a tile design and multiple manufacturing processes. Moreover, Meteor Lake will also employ Foveros packaging technology, which was first seen on Intel Lakefield chips.

We are moving rapidly through 7nm process maturity, with a simplified process and increased EUV. The compute tile for Meteor Lake, a breakthrough 2023 client processor, will tape in next quarter. https://t.co/lY5fO1aYAJ pic.twitter.com/WzkJL0gPRw

Intel hasn’t confirmed any details about Meteor Lake, but we expect to see the 7nm-based architecture supporting DDR5 and PCI Gen5. Similar to Alder Lake, Meteor Lake should be a hybrid CPU architecture with small and big cores. The big cores are rumoured to employ Redwood Cove core architecture. Intel previously said that the LGA1700 socket will be used in the coming three generations, meaning that Meteor Lake is likely to be the last architecture using it.

KitGuru says: Although Intel is launching its 7nm-based processors much later than initially expected, the company seems to be focused on retaking the market share lost in the past few years. How will AMD respond? By 2023, which process node will AMD be using to power its processors?

The post Intel’s first 7nm “Meteor Lake” CPUs taped out this year, will launch in 2023 first appeared on KitGuru. 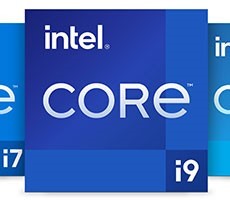 Gamescom 2021: Humble’s games are coming day one to Game Pass