In an interview with Gadgets360. Raja Koduri and Roger Chandler talked about the upcoming Intel Arc launch. One of the first things to be confirmed is that Intel won’t be placing any limitations crypto mining, as this isn’t a priority for Intel’s first major desktop graphics launch. However, Roger did reveal that reference Arc GPUs have begun going out to board partners so that they can begin working on custom cooling solutions.

Of course, the hardware is just one side of things, Intel also needs to follow up with strong software support and drivers. Similarly to Nvidia and AMD, Intel expects to roll out regular driver updates, with additional optimisations in place for “major titles”.

When it comes to GPU supply, Koduri couldn’t make any promises, as the whole industry is in the same boat at the moment when it comes to chip shortages and high demand.

KitGuru says: If Intel’s GPUs do end up being good for mining, then the supply and demand situation is going to get tricky, as we’ve seen with recent GPU launches from Nvidia and AMD. 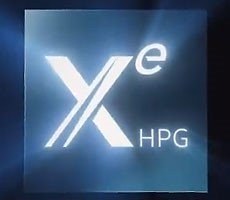 MLB The Show 21, a PlayStation published game, is launching on Xbox Game Pass