Back in June, we learned that Microsoft had begun the process of upgrading its xCloud servers to Xbox Series X hardware, replacing the older Xbox One S server blades that have powered Xbox Cloud Gaming so far. Now, Microsoft has confirmed that the upgrade is complete.

Speaking with The Verge this week, a Microsoft spokesperson confirmed that the company recently completed the upgrade and that xCloud, otherwise known as Xbox Cloud Gaming, is now powered by more powerful Xbox Series X hardware. Not only will this improve frame rates and graphics for streamed titles, but loading times should also see a significant increase.

With Xbox Cloud Gaming now coming to Xbox One consoles, as well as being available on PCs and mobile devices, you’ll be able to access next-gen Xbox games from anywhere, including last-gen consoles. Microsoft is also working on a dedicated cloud gaming app for smart TVs, so soon, you’ll be able to stream Xbox Series X titles straight to a TV without the need for a physical console.

With all future Xbox exclusives set to release day-one on Game Pass and support Xbox Cloud Gaming, you’ll be able to play titles like Starfield, Hellblade 2, Forza Horizon 5, Redfall, Perfect Dark and more on a wide range of devices.

KitGuru Says: The Xbox One generation wasn’t great but at this point, Microsoft has created a solid gaming ecosystem around Xbox that has the potential to reach millions of new customers. 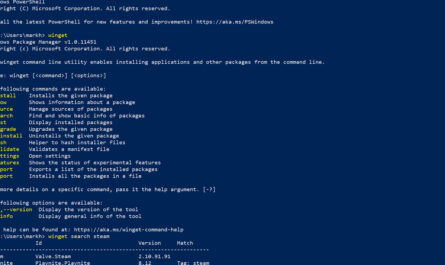 If you hate the Microsoft Store, Windows 10’s package manager can bypass it

Naughty Dog reportedly remaking The Last of Us for PS5