Launched last month, today we take a look at MSI’s flagship RX 6900 XT graphics card – the Gaming X Trio. Unlike the company’s graphics cards from the RX 5700-series, MSI has opted for a unified design approach between its AMD and Nvidia GPUs this generation, meaning the RX 6900 XT Gaming X Trio looks almost identical to the RTX 3080 Gaming X Trio, with a beefy triple-slot and triple-fan cooler. Let’s take a closer look and see if this could be a card to consider.

The MSI RX 6900 XT Gaming X Trio is the third air-cooled RX 6900 XT we have reviewed, coming after AMD’s reference design and also Gigabyte’s Gaming OC. It is the highest clocked of the three, with a rated boost speed of 2340MHz, which is 90MHz faster than the reference card. It’s also got the largest cooler, plenty of RGB lighting as well as a metal backplate.

Rated clock speed is also identical between these two RDNA 2 GPUs. Reference RX 6900 XT has a rated game clock of 2015MHz and a rated boost clock of up to 2250MHz, but MSI has pushed the rated boost clock up to 2340MHz for the Gaming X Trio.

AMD has also increased the memory capacity, with 16GB of GDDR6 memory found on every RX 6000 SKU (so far). The memory is clocked at 16Gbps and operates over a 256-bit memory interface for total bandwidth of 512 GB/s. However, AMD has also implemented a 128MB Infinity Cache on the Navi 21 GPU, to significantly increase effective memory bandwidth without excess power draw.

Speaking of power, the reference RX 6900 XT has a rated total board power (TBP) of 300W. MSI has increased this for the Gaming X Trio to 350W based on our testing, but we look at power draw in more detail later on in the review. 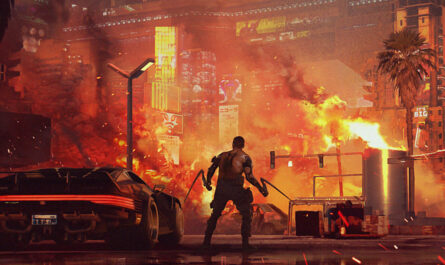 Couldn’t buy a graphics card? Play Cyberpunk 2077 from the cloud on GeForce Now