Initially delayed from January to February, it seems that the Nvidia RTX 3080 Ti has been postponed once again, this time ‘indefinitely’. Besides the RTX 3080 Ti, an alleged refresh of the RTX 30 series SKUs has also been put on hold.

According to GamersNexus’ sources, the reason behind Nvidia’s decision is the lack of GPU supply to meet the incredible demand currently surrounding high-end components. Once supply eventually meets demand – whenever that may be – Nvidia is expected to resume the development of RTX 3080T i and the RTX 30 series refresh SKUs.

Expected to continue at least throughout Q1, the GPU shortage has been quite frustrating for most people. The stock of the RTX 30 series graphics cards has been very low since launch, but Nvidia isn’t alone in this.. AMD’s latest GPUs have also suffered stock issues, with no end for them on sight.

KitGuru says: Were you waiting for the release of Nvidia RTX 3080 Ti to upgrade your GPU? Might you consider buying something else given this news?

More Bethesda games will be joining Game Pass this week 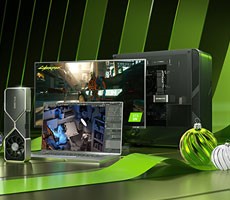