It seems that Nvidia is working on a new RTX 30 series graphics card that should position itself between the RTX 3070 and the RTX 3080 in terms of performance. The name hasn’t been mentioned, but some specifications of this SKU were shared, giving us a glimpse of what we can expect from it.

The information regarding Nvidia’s new RTX 30 series SKU comes from @kopite7kimi. One thing we know is that this new SKU won’t be the rumoured RTX 3070 with 16GB, since it has seemingly been cancelled. Based on its specifications, we wouldn’t be surprised if it was an RTX 3070 Ti.

Memory wise, it has been reported that it will feature a 320-bit memory bus. Given that information about a new SKU came right after we learned about the cancellation of both the RTX 3070 16GB and RTX 3080 20GB, it looks like Nvidia is adjusting the RTX 30 graphics card line-up.

KitGuru says: Would you be interested in a new RTX 30 series SKU offering a level of performance somewhere between the RTX 3070 and the RTX 3080? 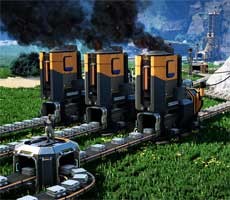