It has been a while since the RTX 3080Ti was last in the news. The latest rumours claim that the upcoming GPU will feature the crypto mining limiter that Nvidia added to the RTX 3060. Some details on memory configurations for the GPU were also shared.

This apparent leak comes from @kopite7kimi. According to their source, the RTX 3080Ti is still in development and Nvidia is planning to include 12GB of GDDR6X VRAM running at 19 Gbps across a 384-bit memory bus. This will bring the RTX 3080Ti’s memory performance somewhere in between the RTX 3080 and the RTX 3090.

It will have 12G 19Gbps VRAM and an ETH mining nerf too.

As anticipated, Nvidia is also said to be putting its new anti-mining tech into the RTX 3080Ti. This was first introduced with the RTX 3060 last month, which limits the hash rate when mining certain crypto currency, like Ethereum.

However, as pointed out by RedPandaMining, the limiter doesn’t work on all mining algorithms. Performance is reduced on the Ethhash and other memory-heavy algorithms but some other coins can still be mined at uncapped performance. Perhaps this is something that Nvidia will fix in future iterations of the limiter on future GeForce GPUs.

The Nvidia RTX 3080Ti is currently expected to ship with a GA102 GPU, 10240 CUDA cores, 80 RT Accelerators and 320 Tensor Cores. A release date is currently unknown.

KitGuru says: Do you agree with Nvidia’s decision to limit the hash rate of future GeForce cards? Are any of you waiting on the RTX 3080Ti before upgrading? 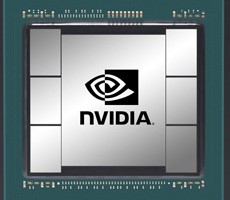 Final Fantasy VII Remake will be free on PlayStation Plus