Recently we reported that PlayStation’s Jim Ryan expressed his intentions to keep offering brand new games for free through PlayStation Plus at launch. It did not take long for these words to come into effect, as PlayStation has now announced that Oddworld: Soulstorm will be made free to PS Plus users on PS5 when the game arrives this April.

During last night’s State of Play, a new trailer for Oddworld: Soulstorm was shown off, giving fans another look at the dark and twisted world of Oddworld. Following the conclusion of the trailer and the reveal that Soulstorm arrives on the 6th of April, it was announced that “Oddworld: Soulstorm is one of your PlayStation Plus games for April 2021. PlayStation Plus members will be able to download the PS5 version of the game at no extra cost during that time.”

Ever since Rocket League came to PS Plus day and date with its worldwide release, PlayStation has continued to bring brand new titles to the service. With the launch of PS5 however, it seems the console manufacturer is doubling down on this.

Oddworld: Soulstorm is the 3rd game to launch day-and-date on PS Plus ever since the launch of PS5 (the other two being Bugsnax and Destruction AllStars). It would seem Sony is pushing the benefits to PS Plus further than before, perhaps in order to compete with Game Pass. It will be interesting to see what other games come to the service next.

KitGuru says: What do you think of Oddworld: Soulstorm? Do you like this new move by PlayStation? How many services are you subscribed to? Let us know down below. 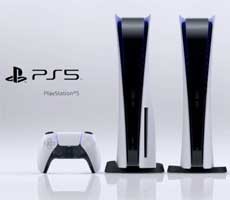 Radeon RX 6700 XT could be a flop for crypto miners