Every once in a while, we see tech used for something it was absolutely not designed for, whether it be running Doom on every device imaginable, or getting Windows running on a smart watch, it is always interesting to see. This week’s big thing appears to be an original Game Boy used for crypto-mining.

The YouTube channel ‘Stacksmashing‘ posted a video recently, in which they mod an original Game Boy to run as a Bitcoin miner. As you would expect, just owning a Game Boy and downloading a ROM is not enough. The first major challenge is getting the Game Boy to connect to the Bitcoin network. Fortunately, Nintendo equipped the original Game Boy with a Link Cable port, so with a modified link cable to USB adapter and a Raspberry Pi Pico, the Game Boy is able to connect to a PC and through that, it can reach the Bitcoin network.

To get the software running on the Game Boy, a USB flash card is loaded with compiled ROMs, including a custom Bitcoin miner. Once all of the hardware and software is in place, the Game Boy successfully begins mining at 0.8 hashes per second.

As impressive as all of this is, running at that speed, you would not be able to mine a full Bitcoin in your lifetime. Of course, this was never about the final performance metrics, simply getting it all up and running was impressive enough. If you’ve yet to see the full video, it is well worth a watch and goes into more detail on the setup process from beginning to end.

KitGuru Says: I’m always a fan of obscure experiments like this. Are there any other obscure uses of tech that you’ve found interesting over the years?

The post Original Game Boy can now be used to mine Bitcoin first appeared on KitGuru.

Nvidia to add over 60 games to GeForce Now this month 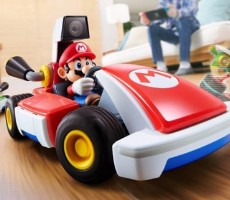