Having already assessed third-party RTX 3080 cards from ASUS, MSI and Gigabyte, today our attention turns to Palit and its RTX 3080 GamingPro OC. This is a triple-fan card, with a factory overclocked core and eye-catching shroud design. With an SRP of £739.99, how does the GamingPro OC stack up against the competition?

So far, we have been highly impressed with all of the RTX 3080 partner cards we have reviewed, so it is now up to Palit to keep that trend going with its RTX 3080 GamingPro OC. Aside from its unique aesthetic, it doesn’t look as though this card is bringing anything new to the table, but it is pretty unusual these days to see a graphics card that isn’t any taller than the standard PCIe slot, so this could appeal to those with particularly narrow cases.

Just before diving into the details, it’s worth reminding ourselves of the key specs for the RTX 3080. Built on Nvidia’s GA102 GPU, fabricated on Samsung’s 8nm process, RTX 3080 houses 8704 CUDA cores, 68 RT Cores and 272 Tensor cores.

A reference board would come clocked at 1710MHz, but as we are reviewing the GamingPro OC edition, this model has a small factory overclocking, with a rated boost clock of 1740MHz. We would still expect GPU Boost to bring actual frequency well above those levels, but we will look at that later in the review.

The 10GB VRAM is provided thanks to Micron’s new GDDR6X memory. Operating at 19Gbps, over a 320-bit bus this gives total memory bandwidth of 760GB/s.

All of those cores, fast memory and factory overclock come at a cost, however, and that is power draw. Reference TGP for a RTX 3080 is 320W, and despite being a factory overclocked card, Palit has stuck with the reference power target with the GamingPro OC. 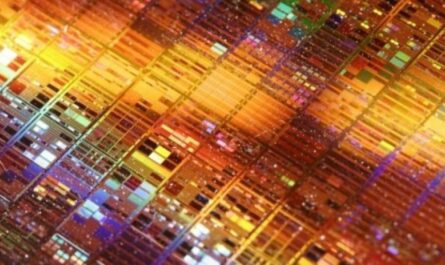 TSMC to make 5nm chips in the USA