One of the PlayStation’s less heavily advertised features is Remote Play, which allows users to stream PS4 games to their mobile devices, not using a cloud server, but instead your own console hardware. With the PlayStation 5 right around the corner, the functionality has now been extended to the almost-last-gen PS4, allowing you to stream PS5 games to the 7-year old console.

In a stealth update to the PlayStation 4, and as reported by ‘Press-Start’, a new PS5 Remote Play app was added to the console’s dashboard. PS5 Remote Play will presumably allow those that own a PS5 console to stream its next-gen titles to the current gen system.The way Remote Play works however is that it requires you to own the console which you are streaming from.

This means that unlike a service such as xCloud or PlayStation Now, which uses dedicated servers in the cloud which you can then stream from, the console itself will function as the server, streaming the game from the console to the cloud, then to your Remote Play device.

While it is hard to see any real use for this service currently, it will perhaps prove more beneficial as the PS4 becomes more redundant. Once live-service games are no longer supported on the PS4, it’ll be useful perhaps in allowing you to complete simple daily quests or to purchase a limited-time item if you are away from your PS5.

With Microsoft seemingly putting a great deal more resources into game streaming, it’ll be interesting to see whether Sony will choose to evolve Remote Play into something greater.

KitGuru says: what do you think of Remote Play? Do you use the service? How should Sony compete with xCloud? Let us know down below. 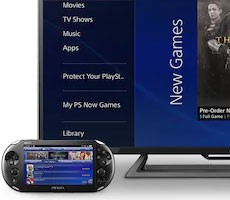