One of the primary improvements touted by Sony with regards to the upcoming PlayStation 5 is the fact that the next-gen console will utilise a speedy SSD, drastically reducing loading times, while also allowing for new level designs thanks to this increased loading speed. That being said, it appears as though the PS4 offered a greater amount of potential than first realised when it comes to loading, as a number of first-party titles have received patches which have drastically reduced loading times on the current-gen system.

We recently reported that a number of first-party PS4 titles saw mysterious patches released, with the explanation positioning them as simply being “bug fixes”. While there has yet to be any greater clarity on what these patches achieved, users have noticed that a number of the games which were updated have now benefited from increased loading speeds on the PS4.

The Last of Us Remastered, which also received this mysterious patch, has seen its loading times decreased from over a minute to just 14 seconds. As reported by Eurogamer, a number of other titles have also seen benefits in that respect.

According to Eurogamer, this drastic improvement may have come from “a new compression system that’s thought to have been introduced in preparation for backwards compatibility on Sony’s upcoming console,” with the publication speculating that Ghost of Tsushima, which enjoyed incredibly speedy loading times, may already be utilising this technology.

Though the inclusion of an SSD in the PS5 will undoubtedly speed up loading tenfold, it is encouraging to see Sony working on software solutions to improve this even further. Hopefully this technology will not be limited to 1st-party titles.

KitGuru says: Have loading times bothered you in the past? Are you excited by the prospect of shorter loading times? Which PS5 feature are you looking forward to the most? Let us know down below. 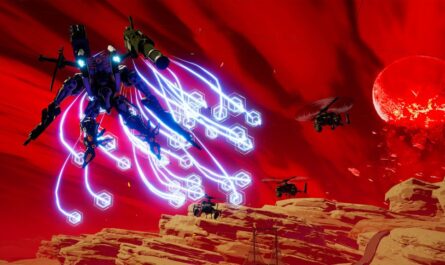 Tencent to acquire 20% stake in studio behind Daemon X Machina