While sales of Sony’s brand new PS5 console have been hampered by significant chip supply issues, the Japanese giant is looking forward to a much better year in 2021 with PS5 shipments targeting 18 million units. As partners like TSMC make promises to allocate much more 7nm wafer capacity, the Taiwanese processor producer is also expecting improved yields which will help supply. KitGuru looks at the available numbers to estimate when the shortfall is likely to end.

Back in September, there was confusion about just how stable the flow of AMD processors would be for the new PlayStation 5. Just as supply chain experts in the Far East were commenting that there would be few issues with production, Sony announced that it was cutting its sales forecast. Rumours that production was 50% lower than anticipated followed, as did a temporary dip in Share price. One specific constriction centred on Ajinomoto Build-up Film (ABF) substrates, which are a key component in many of the world’s processors.

Commitments to increased production capacity and an improved process, mean that Sony can push past the 1 million PS5 sales a month mark, and on to a figure closer to 1.5 million.

With launch sales bringing the PS5 on par with the Nintendo Switch (which had topped some sales charts for 24 months in a row) in terms of units – and way ahead in terms of revenues – there’s likely to be a surge in advanced game development.

While the Microsoft Xbox Series X and S models reportedly achieved combined launch sales of around 150,000 units here in the UK, the PlayStation 5 looks to have beaten that figure by close to 100,000 units – coming in close to the quarter of a million mark.

For Sony to really consider the PlayStation a success internally, it will be looking to sell close to 8 million PS5 units before the end of March 2021. At that point, it will have become the company’s most successful console launch so far.

Not only is the commitment to increased PS5 shipments good for Sony shareholders (as the company has reached all-time high share prices), it’s also good for the company’s supply chain with MediaTek (communications processors) and Delta (power supplies) also enjoying record share price levels. Strong sales and investment, means that these companies can increase their R&D budgets – helping to bring better products to market sooner.

KitGuru Says: We can make the argument that a lot of electronic sales in 2020 were driven by a sudden need to spend a lot more time at home – and a massive reduction in spending on travel, eating out and transport. While it’s hard to predict exactly what will happen to the world’s economies overall going forward, continuous innovation in computers, communications and consoles certainly seems to provide some insurance against the most serious consequences. 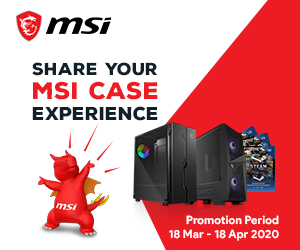