When Sony announced the PlayStation 5, one of the most intriguing titles announced alongside the machine was Project Athia. Published by Square Enix, the game was positioned as a PlayStation 5 exclusive. Though we still don’t know much about the game itself, we do know that when it does release, the game will remain exclusive to PS5 for at least 2 years.

In a video showcasing “new and upcoming” PlayStation games, Sony highlighted Project Athia as one of its premiere titles. Alongside the teaser was the addendum that the game will not be available on other consoles “until 24 months after release date” – though it will come to PC.

In an industry where new games are releasing daily, a 2 year wait is certainly a long time. Of course, no matter how long it takes, it is good to see that the game will eventually make its way onto other consoles, ensuring that even if it is late, other fans will get the chance to play the game eventually.

KitGuru says: What do you think of Project Athia? When do you think it’ll come out? Is 2 years too long of an exclusivity window? Let us know down below.

The post Square Enix’s ‘Project Athia’ will be a PlayStation exclusive for 2 years first appeared on KitGuru. 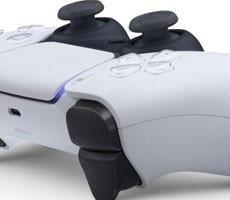 Leak claims The Wolf Among Us 2 is releasing next year, trailer coming this week