Microsoft is continuing to add new titles to its Xbox Game Pass subscription service. While the second half of September won’t see any major titles added, there is plenty coming to the service, offering a little something for everyone.

The full list of titles coming to Game Pass during the second half of September:

As always, a number of games will also be leaving the service at the end of the month, namely:

While the list of additions doesn’t feature any mind melting titles, it continues the trend of Game Pass offering a strong selection of games which people can download and play at their leisure. Titles such as Superliminal, Subnautica and Sable are all games which were well-received and had a moderate level of anticipation attached to them. And with so many of the titles now being playable through the cloud, you need not even waste your internet bandwidth to figure out whether these games are for you or not – you simply play.

KitGuru says: What do you think of this offering? What has been the strongest month for Game Pass so far? What do you want to see added in October? Let us know down below.

The post Subnautica Below Zero, Sable and more come to Game Pass first appeared on KitGuru.

Mass Effect Remaster has 120fps mode on Xbox but not PlayStation 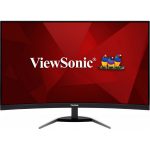