After Nvidia announced plans to acquire ARM in a $40 billion deal, a number of tech companies raised concerns, including the likes of Qualcomm, Google and Microsoft. Now, several companies that license ARM technology are speaking out in support of Nvidia’s takeover, providing counter arguments.

As reported by Bloomberg, this week, Broadcom, MediaTek and Marvell Technology Group have become the first ARM customers to publicly support Nvidia’s takeover of the company. Each of these companies represent support from a range of industries, with Broadcom being known for wireless technologies, MediaTek being known for smartphone processors and Marvell being a huge presence in datacentre and storage.

Other companies like Qualcomm are concerned that Nvidia acquiring ARM will lead to limited supply or higher prices for customers. As a result, regulators and market authorities are investigating the deal.

Nvidia’s acquisition of ARM is currently under investigation by the UK Competition and Markets Authority, and regulators in the US, EU and China to ensure no monopoly is being formed. Nvidia remains confident that the deal will be approved to go ahead in 2022.

KitGuru Says: There are still a lot of approvals to be gained before Nvidia can take over ARM. Do you think the deal will ultimately be approved? 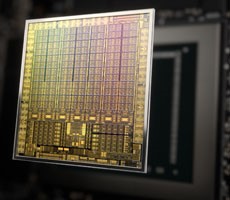