On a semi-regular basis, Nintendo hosts its Indie World showcases, highlighting new and upcoming indie games for the Switch. The next showcase has now been announced, and will go live later today at 5pm UK time, and will be “focused on fresh and new indie games coming to #NintendoSwitch.”

Making the announcement on Twitter, Nintendo revealed that its next Indie World Showcase livestream will take place later today at 5pm UK time (9am PT and 12pm ET). The showcase is said to be roughly 20 mins long, and will focus on “fresh and new indie games coming to #NintendoSwitch.”

Due to the nature of these showcases, it is not often that any high profile titles make their way to Indie World livestreams, however this hasn’t stopped the event from announcing some rather exciting titles in the past.

A new #IndieWorld showcase arrives on Wednesday, April 14th at 17: 00 (UK time)! Tune in for a livestream featuring roughly 20 minutes focused on fresh and new indie games coming to #NintendoSwitch.

Previous Indie World showcases have included titles such as Risk of Rain 2, SuperHot, Cadence of Hyrule, Subnautica, Spiritfarer, and even Game of the Year nominee Hades. With 2021 celebrating The Legend of Zelda’s 30th anniversary, another crossover featuring one of Nintendo’s biggest franchises may be announced.

Furthermore, the much anticipated sequel to Hollow Knight is still in development, and with it now being over 2 years since the initial announcement, fans are hoping for a high-level update any day now. Could Hollow Knight Silksong make an appearance at the showcase? We will have to wait and see.

KitGuru says: Will you watch the showcase? What do you hope to see announced? Do you think Silksong will be there? Let us know down below.

The post The next Nintendo Indie World showcase has been announced first appeared on KitGuru. 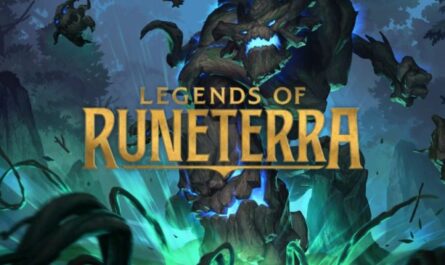 Legends of Runeterra launches today across PC, iOS and Android