While the Yakuza series has historically been synonymous with PlayStation, Microsoft have put a great deal of effort into bringing the much-loved series to Xbox, even going so far as to make the next-gen version of Yakuza: Like a Dragon a timed-exclusive on Xbox Series X/S. If you have yet to get into the series, there is no better time, as Yakuza 0, Yakuza Kiwami, and Yakuza Kiwami 2 are all available to play for free this weekend on Xbox.

Announced by SEGA, the publisher said “It is hard to believe that it has been less than a year since we announced that Yakuza was finally coming to Xbox. We here at Sega have been absolutely thrilled to see how receptive the Xbox community has been for the releases of Yakuza 0, Yakuza Kiwami, and Yakuza Kiwami 2.”

In anticipation of the latest entry coming to Xbox, SEGA announced that “Yakuza 0, Yakuza Kiwami, and Yakuza Kiwami 2 will all be free to play for all Xbox Live Gold members from October 1 to October 4, so it’s the perfect time to jump in and try Yakuza for yourself.”

To the uninitiated, the Yakuza series began its life on the PlayStation 2, and follows the life of Yakuza member Kazuma Kiryu, who despite his affiliations, has more heart than most. As enticing as the story is, the series has become even more well known for its wacky, humorous, and yet heartfelt side stories.

If any of this sounds interesting, you have until the 4th of October to try the games and to figure out for yourself whether Yakuza’s unique style is to your liking. Though Kiwami is a remake of the first game, many fans would recommend you begin with 0. Either way, both games are great in their own right.

KitGuru says: What do you think of the Yakuza series? Which is your favourite? Would you recommend starting with Kiwami, or 0? Let us know down below.

The post Three Yakuza games are free-to-play on Xbox this weekend first appeared on KitGuru. 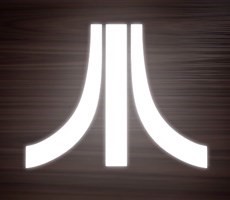