In what seems to be the “silicon cycle,” TSMC announced that it’s now using AMD-powered servers to manage and control the machines responsible for manufacturing processors for AMD and the rest of its clientele.

Until recently, Intel Xeon processors have been known for being the go-to-choice for mission-critical workloads, but the AMD EPYC series is slowly changing the paradigm. In a recent case study shared on AMD’s website, TSMC shows how and why it’s using AMD EPYC-powered servers to automate the machinery inside of its fabs.

Each machine on the production line uses an x86 server that has to be easily replaced in case of failure, ensuring high availability to avoid halting production. While a machine goes for up to a few billion pounds, servers are way cheaper, but TSMC has to buy a few. With AMD EPYC processors, TCO (total cost of ownership) is lower and performance on key workloads is better, making them the better choice to build the next generation of chips, according to TSMC.

TSMC has chosen HPE DL325 G10 platform with AMD EPYC 7702P CPUs for general workloads because its systems were already prepared for the company’s architecture. As for the R&D teams, they will be using high-frequency EPYC 7F72 processors as they’re the best suited for their type of workloads. The server specifications used on the production lines weren’t disclosed.

KitGuru says: It’s funny to see TSMC use the chips they produce to power the servers responsible for controlling the machines that manufacture those same chips. It just goes to show how far AMD’s server CPUs have come over the last six years. 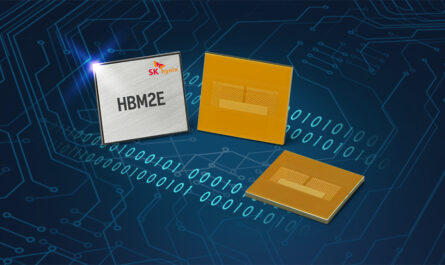 Sony brings the PS3 and Vita one step closer to death