With tech giants such as Facebook and Google having billions of consumers use their services, an argument has been made that firms such as these have in many ways stifled competition due both to their sheer size as well as their wealth of consumer data. The UK government has now announced that it has set up a new code in an attempt to “govern the behaviour of platforms that currently dominate the market,” giving “consumers more choice and control over their data, and ensure businesses are fairly treated.”

A new digital markets unit is being set up by the UK government to “oversee a pro-competition regime for platforms including those funded by digital advertising, such as Google and Facebook”. This will involve the creation of a new statutory code of conduct which is intended to offer consumers “more choice and control over how their data is used, and small businesses will be able to better promote their products online.”

This new initiative comes from the fears that these tech giants are in some ways “curtailing growth in the tech sector, reducing innovation, and potentially having negative impacts on the people and businesses that rely on them”. Currently, there are no concrete details on how this initiative will operate to regulate these companies, although it would appear as though bringing power back to the people through increased transparency will be one of the goals.

This new unit will begin operations from April 2021. It will be interesting to see whether this manages to achieve anything in the long run, or if these tech giants will continue to find loopholes allowing them to continue business as usual. The full press release can be found HERE.

KitGuru says: What is your opinion on companies such as Facebook and Google? Are they too big? Should there be increased regulation? Let us know down below. 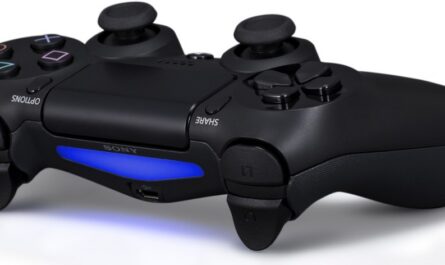 DualShock 4 will work on PS5 but only with PS4 games