Earlier this year, Microsoft officially announced Windows 11, with plans to launch the new operating system in Q4 2021. Following on from a few months of insider testing, Microsoft has now announced that Windows 11 will launch on the 5th of October.

New devices will be eligible first, with older PCs getting the upgrade later. Windows Update will notify users when their device is eligible for the upgrade to Windows 11. Free upgrades should be available to all Windows 10 users by mid-2022, as Microsoft continues to work backwards to introduce the OS to older PCs. Of course, if you’d rather upgrade sooner, you could do a fresh install using the Windows 11 ISO.

Of course, there are some odd system requirements to keep in mind when upgrading to Windows 11. For instance, Microsoft requires that your PC supports TPM, so if you’re running a DIY rig, check with your motherboard manufacturer to see if TPM can be enabled via the motherboard BIOS. You can also use a dedicated TPM chip plugged directly into your PC.

Anyone that does stick with Windows 10 will be able to do so without worry for quite some time. Currently, Microsoft plans tu support Windows 10 until the 14th of October 2025.

KitGuru Says: I’ve been running the Windows 11 beta for a couple of weeks now and so far, I’ve been liking the new design changes. As we’ve seen over the years though, these changes can be quite divisive. Will you be upgrading to Windows 11 at launch, or will you be sticking to an older version for the time being?

The post Windows 11 is launching on the 5th of October first appeared on KitGuru. 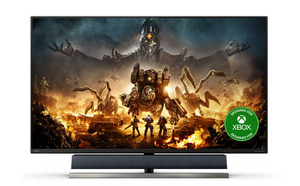