There have been a number of leaks regarding third-party partnerships at Xbox recently. Not only is Microsoft teaming up with a studio on the first ‘cloud-native’ MMO, and looking to sign a deal with Kojima Productions for another game, but the Xbox team is also seemingly working on an action-RPG with industry veterans from studios like BioWare and Bethesda.

According to VentureBeat’s Jeff Grubb and Windows Central’s Jez Corden, Xbox is helping to produce an action RPG called ‘Project Shaolin’ with Brass Lion Entertainment, a relatively new studio with plenty of industry veteran talent. The key headline-making part of this leak is the fact that the Wu-Tang Clan is reportedly making the game’s soundtrack.

The game is said to be a third-person action RPG with a focus on melee combat. The game will have a lengthy campaign, which can be played single-player or in up to 4-player co-op. There will also be a big focus on end-game content, and more challenging missions following on from the campaign to keep players coming back long-term.

Microsoft has yet to announce a game like this, but if Xbox is helping to fund and produce this game, then we can expect it to be a day-one title for Xbox Game Pass on PC and consoles.

KitGuru Says: There is still a lot that we don’t know about this game, but it’ll now be on the radar for an announcement at one of the major gaming events in 2022. 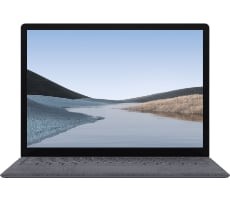